VPS vs Dedicated Servers: Which is Better? 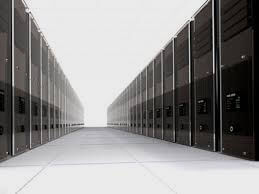 There was a time when there was no question which type of hosting was better: dedicated servers were king and everything else was a pretender to the throne. But with improvements in virtualization software, VPS servers have become as good (some may say better) than their dedicated counterparts. If you or your company’s website has outgrown a shared server space, then first off: congratulations! It’s a definite ‘first world problem’ to have. But figuring out which new hosting environment is right for you can be confusing. Here we’ll go over the advantages and disadvantages of each, as well as what I personally ended up choosing (and why).

Definition:
A Virtual Private Server is a virtual machine that runs its own copy of an OS (i.e. Linux or Windows). VPS users have access to its software, and as a result can choose what software applications to add/remove. It is in many ways functionally equivalent to a dedicated server. However since there are many VPS servers operating on a dedicated server, the performance of a VPS can depend a lot on the traffic demands of the other servers. (source: Wikipedia)

Advantages of a VPS Server:

Definition:
A dedicated server is where the customer leases an entire server that is not shared with anyone else. The customer also usually has control over what operating system is used, as well as the technical specifications of the server (quad-core vs dual-core, etc.). source: Wikipedia

Advantages of a Dedicated Server:

Which one Did I Choose?

For my purposes, we ended up going with VPS Hosting for a few reasons. We had a website that was getting lots of traffic, but the website itself was mainly text and images. If it were a rich media website (i.e. a video streaming website or social network) I would have gone with a powerful dedicated server with lots of CPU and RAM.

A VPS server is better able to handle large spikes in traffic. If you make the front page of Reddit, or a particular post on your website goes viral, the hosting company is able to allocate unused CPU from other servers in order to handle the load. As Godaddy says on their VPS page “we never overload’. On a dedicated server, you only have the CPU and RAM that the server comes with. If it overloads, then your server crashes and you’re out of luck.
A VPS is also scalable. I can start small, and add more resources as my website increases in traffic. That way I’m not overpaying for resources I don’t need in the early going. It’s also easy to move a VPS to a larger and more capable network when the time comes.
The other reason is that a VPS is much more hands off. You have a control panel where you can see how much resources your website is using, but for the most part a VPS is like setting your website on autopilot.

The time may come down the line where I’ll need to upgrade to a powerful dedicated server (or a cloud server), but as for right now my needs don’t require it.

Here’s an informative video we found while researching VPS networks:

We may receive a commission for purchases made through some of the links on this site.